[2022] What are The Most Inappropriate Channels on YouTube for Kids?

Top 5 Hot Articles
Home > Tips & Tricks > [2022] What are The Most Inappropriate Channels on YouTube for Kids?
Megan Evans

Right now, many parents are concerned about what their children are watching on YouTube.  Because most of the videos uploaded on YouTube are not appropriate for kids. These videos contain abusive language, adult content, inappropriate song lyrics, and sexual content. So the parents are dying to know which are the most inappropriate channels on YouTube for kids and how to block the harmful and dangerous channels.

Keep reading. In this article, you will find the answers that you are looking for!

YouTube has plenty of deeply disturbing channels which contain inappropriate content. Although you can set up YouTube parental control for your kids, there are limits which cannot fully prevent their kids from toxic contents. So parents should learn more about these sneaky, dangerous YouTube channels in order to keep an eye on their children.

Have you ever noticed what kind of animated video your kid is watching? If not, you are at a loss. Because multiple YouTube channels are uploading animated adult stories like "true stories," "good vibes," etc., these channels have millions of views, most popular among young children.

These animated adults' stories seem like cartoons, but they contain inappropriate stories, language, and actions. So if your kids are interested in YouTube animated videos, keep an eye on them when they are watching animated stories on these worst YouTube channels. 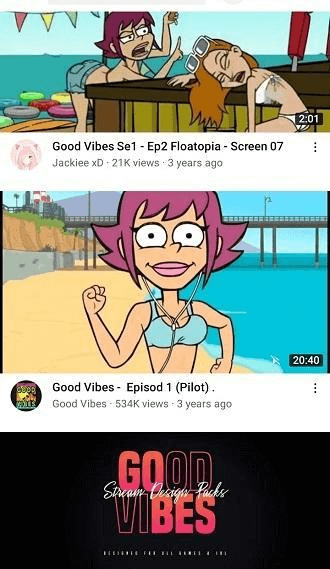 Blocking a YouTube channel is not difficult anymore because technology made it easy by introducing different inbuilt software and third-party apps.

The most trending and advanced parental control app is KidsGuard which works in stealth mode. This app includes all the advanced features for tracking kids' online activities.

How to Set Up KidsGuard to Keep Your Kids from Harmful YouTube Channels?


What Can Parents do on KidsGuard to Protect their Kids?

KidsGuard contains all advanced monitoring features, and parents can utilize these features for tracking kids' daily activities. People can perform different actions with the help of a KidsGuard such as:

Parents can monitor kids' real-time activities by capturing the screen of the targeted phone.

Parents can lock the kid's phone screen at any time.

The KidsGuard parental control app has the option to see and download daily, weekly, and monthly reports of the targeted phone.

Do you know how to block channels on the YouTube app from mobile? You can block any specific channel from YouTube easily by following a few steps:

Is there a way to block YouTube channels from the computer? Blocking a specific YouTube channel from a computer is effortless if you already know the user name.

Tips: The YouTubers that Kids Should Avoid

Paul is a famous YouTuber, but his channels are not suitable for kids because:

Jake Paul makes vlogs along with his friends. But his Channel is not recommended for kids because:

Prank invasion is a famous YouTuber but blocks this Channel on the kid's phone because:

a. He creates prank videos and mostly kisses pranks on strangers' girls. It may be okay for adults, but this kind of content is disturbing for teenagers.

Joey Salads is a YouTube channel with millions of views. He is also known as a prank star, but his prank videos are the worst for kids.

PewDiePie has a huge fan following; it has uploaded more than 2000 videos. His videos are not for kids because:

Onision is well known, YouTuber but keep your kids away from this Channel because:

The YouTuber known as iDubbbz real name is LAN w. He creates funny videos on YouTube, but his videos are not recommended for kids under 16 years of age because:

This YouTube is equivalent to a celebrity magazine and the worst YouTube channel, which is not suitable for kids because:

CORL is a famous Youtuber with 881 videos uploaded so far, and the overall channel views are 226.7M.

3. Will someone know if I block them on YouTube?

Yes, they can know that if you block them on YouTube. Basically, YouTube does not send the notification when you block them, but when they search your account, they will automatically learn that you have blocked them.

4. How do I get rid of 'Don't recommend' channels?

Go to your YouTube account, tap on the setting, and now click on the notifications; it will show you three options, turn off recommended videos. Now YouTube will not recommend any videos to you.

As you know, there are thousands of video uploading apps available on the internet, but they are not all safe for kids. Kids are more attracted to YouTube, but as a parent, it's your duty to keep your kids away from inappropriate channels such as Logan Paul, Prank Invasion, Joey Salads PewDiePie, Onision, iDubbbz, and CORL. There are different methods to keep kids away from these channels, but KidsGuard is the best option. The KidsGuard helps you to block all these kinds of channels. So install KidsGuard and keep your kids safe.